I’ll tell you what: it sure is an exciting time in iOS app development. However, this excitement will not send shockwaves up the spines of just the iOS app developers, it will give a big ol’ jolt to us all. The thing about apps is that it is understandable for the average smart device owner to assume that we are already in the sweet spot of iOS app development; after all, our phones and tablets and apps have already changed the way we take in information, communicate with our fellow humans, and, really, many of the ways we work, love, and play.

But, trust me, all this greatness is really just a scratch on the surface of what apps will be accomplishing over the next five years. iOS app development’s further harnessing of Core Machine Learning, Artificial Intelligence, the Internet of Things, and Apple Pay is going to rock the world.

What’s the most effective way for Apple to ensure that iOS app development teams continue to build apps that are creative, easy to use, and valuable to the end user? Yeah, that’s right, by making it as easy as possible for people to build those types of iOS apps. And, that is exactly what Apple did with the release of its Core ML 2.

Released last year, Core ML 2 is an iOS app development fantasy come to life. Thanks to its A12 Bionic chip that is able to perform five trillion operations per second, it is the fastest Apple-made machine learning framework of all time. Moreover, this framework can be used to build apps for the iPhone, its camera, Siri. Its machine learning models also make it possible to build intelligent apps with very little coding.

How can you know when something is going mainstream? Well, how about when McDonald’s starts using it? Now, while that might be a death blow to its hipness, the fact that the Clown’s Burger Joint is on board is also a sign that just about everyone on the planet is finally going to use it, whatever that “it” might be.

Just two months ago, McDonald’s announced that AI will start automatically changing drive-thru menus as diners drive through to take advantage of weather, traffic congestion, local events, the time of day, and historical sales. Using AI in this manner will help both the customers and the restaurant. For example, at times when lines are long, the AI-driven menus will mostly display food items that are quick and easy to prepare.

AI will also change the way diners use their iOS apps. The AI in these apps will likewise show menu items that are best suited for that specific time and conditions. It will also be able to suggest items based on your past purchases at similar times.

Now, I realize that many of us do not frequent McD’s. However, using AI to improve their customers’ experiences is a case study all of us in the iOS app development world ought to understand.

iOS App Development and the Internet of Things

The IoT is already impressive. The connecting of our doorbells, home security systems, speakers, televisions, watches, lights, smart devices, and so forth to (hopefully) a single hub sure makes it easy for us to control our homes. Yet, iOS app development folks need to look beyond the home when it comes to IoT.

Perhaps IoT’s largest impact will be in the health field. It has already started with the wearable devices such as Fitbits, Apple Watches, and Garmin multisport training GPS Adventure watches that many of us already choose to wear and it’s continuing with medical devices such as blood pressure measurement cuffs, blood glucose level trackers, and cardiovascular activity monitors. All of these can gather and share data with clinicians to help them and their patients stay healthy or improve their health. And, I reckon that soon, health and life insurers will offer lower premiums for people who are willing to use these IoT health-tracking devices.

Other ways the iOS app development and IoT will change the world over the next five years include advancements in the transport and shipping industries, agriculture, building and maintaining of infrastructure, production and use of energy, manufacturing and so many more.

I’ll be honest. When Apple Pay was first released I thought it was ultra-gimmicky. However, once I replaced my aforementioned Garmin 3 HR watch with an Apple watch for daily use, I quickly found myself on the Apple Pay bandwagon.

It turns out I am not the only one to find that Apple Pay is incredibly easy to use and convenient. Just last year, 31% of all iPhone owners used Apple Pay, an increase of 25% over the previous year. In total, there were more than one billion Apple Pay transactions made in June 2018, a 300% increase from June 2017.

It is not only users who are digging Apple Pay. Stores, restaurants, and, most importantly banks are accepting Apple Pay. From June 2015 to June of last year, the number of banks accepting Apple Pay skyrocketed from 500 to 3,200. Not bad for a three-year span, eh?
It is hard to see how bills and coins are going to survive the next X-number of years.

iOS App Development and the Next Five Years

While the areas discussed above might show the most important ways in which iOS app development will change the world over the next five years, I do not recommend you etch them in stone. Who knows, perhaps blockchain technology will make another run at greatness, or augmented reality and virtual reality will actually deliver on all that they have promised, or even something none of us have on our current radars will change everything. We just do not know for sure. But, we can all agree that change is coming, and it is going to be (mostly) marvelous.

Author’s bio: Michael Kelley is a Content Strategist at Fueled. Michael is a professional tech writer and content strategist with an app development background. He specializes in Android & iOS app design, as well as blockchain & dapp technology. Ever since he was a child, Michael was captivated by technology. When the opportunity arose to spend his life writing about it, Michael didn’t hesitate. He now spends his time exploring and writing about captivating new technologies and introduces them to people. His work has been published on various technology blogs across the web. You can connect with Mike on Twitter. 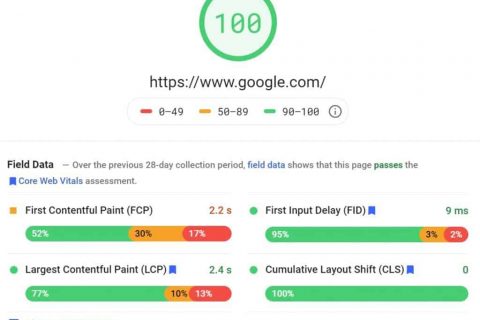 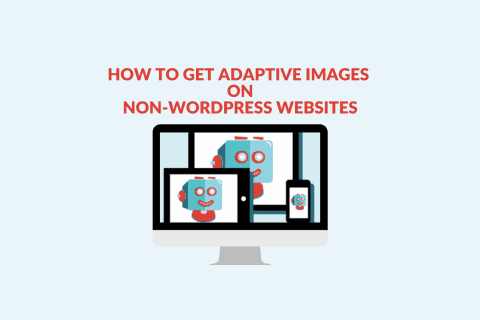 How to get adaptive images on non-WordPress websites
Copyright © WHOOPS.ONLINE 2021 | Build with CONNECT - All Rights Reserved
Back To Top