Throughout the Americas, a mythical creature roams in the shadows, slinking out only to kill  livestock and haunt our dreams. The Chupacabra, which literally means “goat sucker,” gets its name for its habit of attacking and drinking the blood of livestock, especially goats. And it’s on this sneaky bloodsucking creature that Mozilla Fellow Joana Varon has based her own project, calling it Chupadados, the Datasucker.

“Chupadados is the 21st century iteration, more modern and more cute,” Varon said. “It means ‘data sucker,’ and it’s more cute because that’s exactly what our technological devices are. They are charming. They are innovative. We love them. But in the end we might be having an abusive relationship with them.”

The Chupadados project gathers stories from across Latin America about data collection conducted by governments, businesses and even individuals to monitor cities, homes, purchases and bodies. Varon finds the daily experiences people have with apps and technology ripe for storytelling that exposes abuses of data privacy. Her goal is to show how Chupadados operate behind their attractive exteriors and teach people how to better master their relationships with their devices.

Varon takes extra notice when algorithms meet gender issues. Through the Chupadados story about MENSTRUAPPS, she explored fertility and menstruation tracker apps, producing an infographic to show the extensive data those apps collect — detailed data about the users’ bodies, their sex lives, their emotions. People were surprised by the huge amount of data being collected.

“We are giving all this data just to get two answers, which are, ‘When is my period?’ and ‘When are my fertile moments?’” Varon wonders. “Do we need to give all this data away to have those answers that are pretty basic?”

Other stories from the platform also investigate dating apps, children’s apps, mother-targeted advertising  to encourage people to challenge the business model of technologies that rely on collecting maximum data, which puts people at risk for data breaches, or because the data can be used in ways beyond what users think they consented to.

Her latest project is Safer Sisters, feminist digital security tips in the format of GIFs. While Chupadados stories create awareness of the politics of data and its social implications, Safer Sisters is a continuation of those efforts. Safer Sisters is all about practical actions to help defeat the Chupadados logic, making it more tangible, quick to understand and easy to share forward.

“There is hope, but we need to be aware,” she said. “That’s why I’m working on research that has this media component and is able to engage people and to create awareness. It’s not too late for doing that.”

Mozilla Fellowships provide resources, tools, community and amplification to those building a more ​humane​ ​digital​ ​world. During their tenure, Fellows use their skill sets — in technology, in activism, in science, in policy — to design products, run campaigns, influence policy and ultimately lay the groundwork for a more open and inclusive internet. 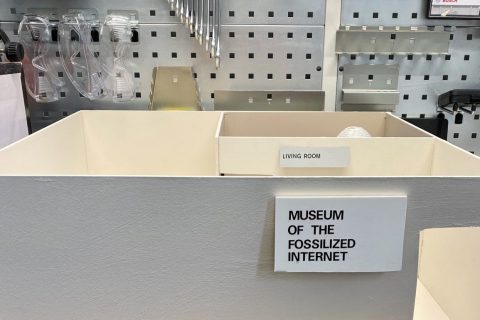 What came out of Reimagine Open? 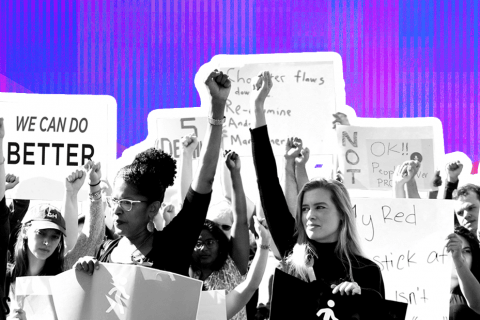 How to Make Sure the Tech You Use and Build Reflects Your Values
Copyright © WHOOPS.ONLINE 2021 | Build with CONNECT - All Rights Reserved
Back To Top