EU Parliament Elections: why it matters and what you can do to fight back against manipulation

A new EU mandate is upon us: the elections for a fresh cohort of MEPs (Members of European Parliament), who will work in Brussels and Strasbourg for a 5 year term, will take place May 23-26.

The impact of political decision making at the EU level on individual citizens has not always been as clear to see as it is today. Now, right after the disastrous vote on the EU copyright reform, many, including potential new voters, wonder how they can participate in the upcoming parliamentary elections and if it’s worth going to the polls. While doing research about topics, candidates and parties online, however, voters are often exposed to targeted manipulation. In this post you’ll learn how to recognize it, what you can do to avoid it and why voting is now more important than ever.

Why the EU elections and your vote matter

The European Parliament is the only directly elected institution of the European Union; its role is to defend the interests of European citizens. And over the past few years they’ve made incredibly important decisions that impact our everyday lives about our rights and the technology that surrounds us — from online privacy protections and network neutrality, to climate policy and the end of summer clock changes, and even eliminating roaming charges across the EU.

The next five years will be equally crucial, with decisions on the responsibility of major platforms around things like hate speech, cyberbullying, and disinformation; to the security of our communications; to the rules of the road for autonomous driving.

That’s why it’s important to make sure the elected officials in the Parliament truly do represent your interests.

But as we’ve seen, social media and other online communication platforms can be manipulated to spread falsehoods or polarising messages, or exaggerate the truth, which can pollute public discourse, spread discord and distrust, and erode the integrity of the democratic process.

Disinformation isn’t a new phenomenon, but in today’s always-connected environment, the ability of false, misleading information to spread virally means the stakes are higher than ever before. And while the internet has created many great new opportunities – such as free access to all kinds of information crucial to voting decisions – it has also created an unprecedented variety of ways to disseminate disinformation or use information, false or true, targeted at specific individuals or groups in order to influence their vote:

People’s demographic and browsing behavior are used for (often questionable) pre-election targeting activities which can influence voters. Through tracking, propaganda can be precision targeted at users who are more likely to adopt and share a particular message.

Election specific ads can be about candidates, or political parties, but more often than not, they are about hot button issues that may drive voters to favour one political party, or candidate, over the other (for instance immigration, climate change, the use of vaccines, EU border policies, etc). Often these advertisements don’t come with the transparency needed to understand who paid for the ad in question, and why it’s being served up to a particular group of people.

While disinformation thrives on the virality – or potential for virality – of content, the amount of likes, shares, or retweets a piece of content has can be easily spoofed, giving people the impression that the story they’re sharing may be popular, but it’s really propped up by automated bots.

How you can fight back against manipulation

So how can we protect our democratic elections and ensure that we’re making an informed, unbiased vote?

Each one of us plays an important role in the way information is spread. In order to make meaningful progress to counter the threat of disinformation and hyper targeted political ads, we’ll need companies, governments, political candidates, journalists, and internet users to play a part.

During the past few years, we’ve seen the rise of misinformation on the internet make a real impact on public debate and individual’s opinions at a scale that has changed the trajectory of elections. No one country is immune, but with the help of the right tools we can recognize and fight back against the manipulation and misinformation:

As a first step, we recommend treating election advertising and questionable “news” with caution – talk about them with others and do your own research.

Technical solutions such as Private Browsing help you to avoid targeted manipulation: If no information about you, your behaviour and your interests is collected when you browse the web, there is nothing to use for targeted advertising.

For Facebook in particular, the Facebook Container ensures that your online behaviour outside the social network remains entirely your business. This keeps you in control of what advertisers on Facebook know about you and can use for their ads because they only see the information you deliberately share on Facebook. Or you can install the Who Targets Me browser extension and help make Facebook’s election ads more transparent.

False amplification in social networks is another issue that’s difficult to spot for users. Try out the botcheck.me add-on for your browser to detect propaganda accounts on Twitter.

Firefox wants to empower individuals to stay in control – whether it’s over your own data, your online experience, or your own choices this election cycle. That’s why we’re proud to announce that there’s a lot more to come from Firefox to support EU voters this Spring. Stay tuned!

This post is also available in:
Deutsch (German) Français (French)

Olivia Rodrigo, the cast of “The French Dispatch,” “Loki” and more are on this week’s Top Shelf 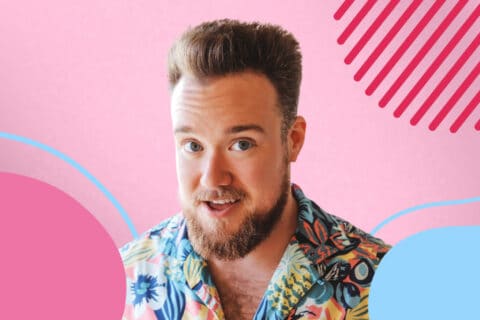 Zeke Smith on internet haters, Survivor and sending support to people online
Copyright © WHOOPS.ONLINE 2021 | Build with CONNECT - All Rights Reserved
Back To Top