How it works and why it matters

Whether you’re backing up photos or streaming our favorite TV shows, you may know it’s all made possible by the cloud. But for a lot of us, that’s where the understanding ends. With Next ’19, Google Cloud’s annual customer conference, this week, it’s a good time to ask: What is this cloud, anyway?

Before cloud, businesses maintained fleets of computers (known as “servers” in tech speak) to create websites and apps, and to equip employees with the software needed to build them. Those computers stayed in a server room or a nearby data center, connected by an internal network and to the broader internet. A company’s IT team had to monitor all those computers, network cables and other equipment—and keep it all working for employees, under budget. So that meant that every few years, the IT team bought new computers and took care of any maintenance and upgrades, like adding a new networking line or new software.

Cut to today: we have faster computing speeds and better internet connectivity, and these have made it easier for computers around the world to connect quickly. It’s no longer necessary for businesses to own servers and data centers. Since Google already has a massive global network—made up of things like our own data centers and undersea cables—we can provide that infrastructure to businesses so they can build products and services. In a nutshell, that’s what Google Cloud is—access to Google’s global infrastructure and all the state-of-the-art tools we’ve created over time to serve Google’s billions of users.

This new way of building in the cloud has resulted in changes to the way that companies use computers and other technology.

Why is the cloud such a big deal?

The cloud took the tech world by storm, and it keeps growing for consumer and business uses. Companies want to use the newest, fastest technology, which isn’t possible when you’re only buying new computers every few years.

Public cloud providers allow companies to use the newest technology without having to buy and maintain it themselves. Google Cloud, for example, maintains complicated networks that can quickly move data around the world. Keeping information secure, a challenge for businesses, is also easier with the cloud, since encryption is built in. Plus, the huge scale of cloud means it can run apps faster.

Cloud companies can also be more efficient with space and power. At Google, we buy enough wind and solar to offset the electricity we use, so our customers can get sustainability benefits they might not get on their own.

EU Parliament Elections: why it matters and what you can do to fight back against manipulation
Your Diet and Hormones Are More Connected Than You Think—Here's How to Balance Them Naturally with Food 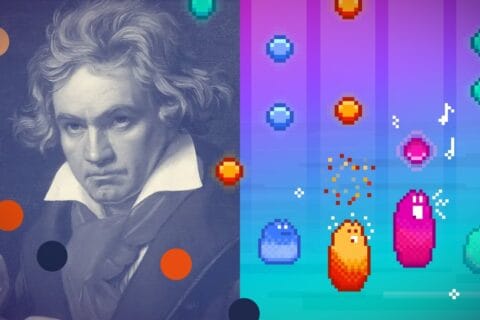