I don’t think I appreciated my father’s influence or his achievements until many years after his death. I knew he had done important things. I realized during the memorial services that he had made an enormous impact on the world. But it was only when I made the film Mo and Me in 2006 that I fully grasped the magnitude of what he had achieved and how he had changed the world. Later, like most of the world, I followed and became enthralled with his work as he pushed the frontiers of frontline and documentary journalism to bring us stories that touched, moved and inspired many. After he lost one of his arms in the line of duty in Ethiopia in 1991, I was inspired by his fortitude and surprised by how quickly he went back to his duties. When the news broke of his tragic death in the crash of a hijacked Ethiopian Airlines plane five years later, our collective sense of loss both as his close family and as the family of humanity was deep and painful.

My father had the instincts of a warrior and the heart of a leader. He was driven and there was no limit to telling a good story. He knew that his photographs were vital to how the world saw Africa. From his humble roots in a small shop in Dar es Salaam, he established Camerapix in 1963 and built it into a sustainable world-class organisation covering news features and producing documentaries with a variety of global networks including the BBC, NBC and Reuters.

My father often covered national events and Kenya’s first presidential family. I came to know and interact with Uhuru Kenyatta, then as the son of Jomo Kenyatta, Kenya’s first president, and later as the President of Kenya. We both share the experience of taking on the challenge of continuing in the footsteps of a towering father figure. Because of what we have in common, and also because Mo’s work included his coverage of the first family, I did feel a sense of kinship with him when I presented him a copy of my book about some of Mo’s finest work, “Kenya: Through My Father’s Eyes.” This book is both a valued part of the President’s personal collection and among his gift items of choice to state and diplomatic visitors.

I like to remember Mo not just as a photojournalist, but also by the strength of his character and his passion for his work. There is something to be admired and emulated in the integrity of someone who strives to do their best not for reward but for the love of expressing all that he has to contribute to the human experience. I think that is my father’s true legacy.

I congratulate my colleagues at the Mohamed Amin Foundation for both the excellence of their own journalism and their generosity; the latest installment of Mo’s legacy is now being shared with the world through the Google Arts & Culture platform. Mo Amin: The Eye of Africa features both artistic and journalistic coverage of culture, conflict, political upheaval, wildlife, entertainment, historical observation, and an unparalleled visual chronicle of the daily life of people and places from around the world. For the first time, it includes a machine learning- powered experiment from the Google Arts & Culture Lab which provides an interactive visual chronicle of Mo’s work. This work and Mo’s legacy is at the very heart of Kenya’s heritage and indeed the heritage of humanity.

How to Fix ‘The Site Is Experiencing Technical Difficulties’ in WordPress
Ocean Breeze for Spring 2022: What’s New in OceanWP

Preserving languages and the stories behind them 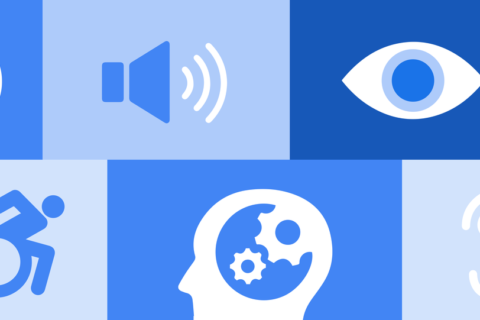 How we build with and for people with disabilities